Today, we went on an excursion to Stonehenge in the morning. I had seen and heard about it through various media before, so I was interested in it very much. I was really moved to actually see it today. It was so big and beautiful. The biggest stone is about 7m tall. However, all of us have the same questions about Stonehenge. We heard that Stonehenge was built about 4,600 years ago. How did the people in those days carry such big stones? How did they pile up such big stones? Why did they build Stonehenge? Everything surrounding Stonehenge is enveloped in mystery. So, I thought about the purpose of Stonehenge. I guess that it was used as a kind of calendar. I heard that the sun rises on the line connecting one of the stones and the Heel Stone, an inclined rock a little away from the circle. The people in those days might have learned the seasons by observing the phenomenon.

I hope that the true purpose of Stonehenge will be revealed by the progress of the research. The experience I had today will remain in my memory forever.

Today, I went to the Stonehenge. I had seen it on TV, but I had never seen real Stonehenge. I went there by bus. When I arrived there, I thought it was so big. No one knows why the Stonehenge was built. I think it was built to celebrate something. I was surprised because it is 4500 years old. And it has 40 stones. I walked around it. It had a mystical beauty. I leaned that human bones are buried. I thought it gave me power. After that, we went to Winchester town. I drank juice. The clerk was very kind for me. The juice was also delicious. And I bought some tea and some snacks. I want to eat them in Japan.

I went to Stonehenge today. Stonehenge is made up of upstanding megaliths lined up in circles, earth base and moats surround it. It is 13 km northwest of the city of Salisbury, 200 km west of London. It took about 2. 5 hours from Eton College. But it makes sense to spend that much time to get there. Stonehenge is bigger than I have imagined. It is spectacular. There is something I feel very interesting in. Stonehenge is in a wide prairie. I wonder how they brought those big stones there. Then I went to the city called Winchester Street stalls line up in town, and it is as crowded as the market. I walked around various shops. I got tired when I got home. It was a very enjoyable day. 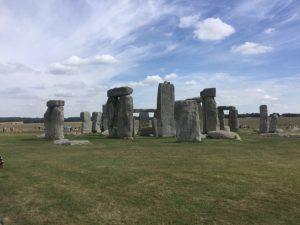 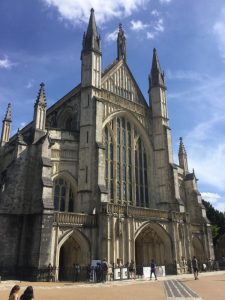 This morning, I got up at 5:00 easily, because I took a bath this morning. I ate breakfast. Mashrooms had entered into it. I was challenge it, bad it was useless. I was a few sad. After breakfast, I went to “MUSEUM OF ETON LIFE.” I’ve done a worksheet in there. It was very difficult, bad I was able somehow to cooperate with friends. So, It was very fun. After that, I received a lecture of Eton coat of arms at the College Hall. I drew from there in Eton coat of arms. I drew the roses. Because I like roses. I enjoyed it. After lunch, I played billiards and table tennis in the free time with my friends. I enjoyed it. After free time, I went to ”foundation tour” in the Eton. It was very difficult. However, I was very important and very stadied. I enjoyed it, bad I was very tired. So, I’ll be go to the bed. I’ll enjoy too tomorrow.

Today, we visited the Museum of Eton Life. There were a boy’s room, school day and famous photos exhibited. I experienced Eton’s history. After that, we had free time. I went to the High Street with my friends. I had a good time. After that, we had dinner. We ate Fish and Chips. It was very delicious. I want to eat it again.

I felt good in the morning, because I slept well. I ate bread, bacon, and fruits. It’s delicious. After that, we can understand Eton histories and Eton format. They are different from those of Okayama High School. Eton College has a longer history than Okayama High School. I was moved. I ate lunch. Those are pizza. It’s delicious. After that, I had free time. I went shopping in High Street. We joined the tours of Eton. I was interested in historic building. Today was fun.

I got up at 7:00. I slept well last night. I ate bread, bacon and vegetables. They were very delicious. After that, I went to the Museum of Eton. There was a boy’s room, school day and famous Etonians there. I was very interested in Eton’s history. It was a very nice day today. I would like to have fun tomorrow. 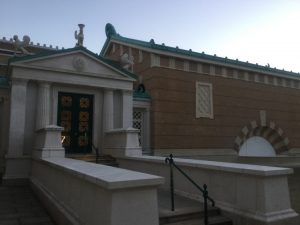 Today, I went to Oxford. I ate an ice cream there. Its taste was bubble gum. It turned blue on my tongue. I was laughed at by my friend. But its taste was very good. I want to eat the ice cream. In Christ Church, I’m very happy because I love Harry Potter. The dining room was very large. I want to go there again. I bought a stutter owl and an “OXFORD” parka with a hood. I will used precious.

Today we went to Oxford. There are 38 colleges in Oxford. The buildings were very beautiful, historic and mysterious. After that we went to Christ Church. It was the location where Harry Potter series was filmed. I was very excited to see it. I enjoyed it.

I went to Oxford. I saw the Bodleian Library. It has 14 million books. When I heard about it, I was very surprised by it. I went to go there once. Next I went shopping and eat lunch. I ate an ice cream. It was so delicious. So I was satisfied. I went to Main Street. But I didn’t have a lot of time. I was a little sad. Then I went to Christ Church. I saw a dining room. It was used in Harry Potter. I had seen it before on TV. I wanted to see it from the front. So I was very happy. And I took photos. I enjoyed today. 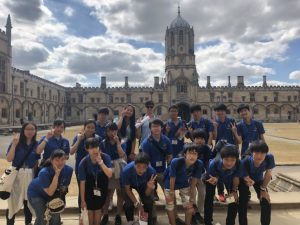 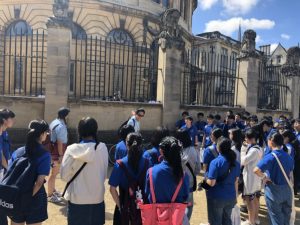 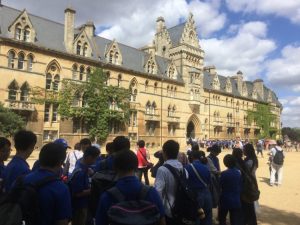 Today I went to Windsor castle. On the way, I saw the changing of Guard. They had big guns. It was very cool, and they were stern. So Windsor is peaceful today. In castle was vast. And there are many paintings there. I was walking wondering how much they cost. In evening, I ate sushi. I remembered Japanese food. And I bought ukulele. Yay! After I received a lecture on philosophy. I like philosophy. So it was very interested. Today was a busy day, but fun.

Today we visited the Windsor castle. It was very old, but it was clean. I bought ice cream. It was delicious. But, it was too hot, and it melted immediately. After it, I enjoyed going shopping. We heard Dr. Tarig’s lecture. His lecture is about philosophy. That was quite fascinating. On the grass, we played splat games. I enjoyed it! I want to enjoy it while I am in Eton.

Everyone watched changing of the Guard. Guard’s accessories are cool. However I feel a little scared, because Japanese do not have guns.

We went to Windsor Castle. It is beautiful, because there are a lot of gold picture and tableware. In the afternoon, I bought many souvenirs with my friends, for example a cup, shirt and snack. I ate a hamburger at lunch time. It is more delicious than Japanese hamburger. I play splat for the first time. Hawtrey’s stairs are very long, so I got very tired.

Last night it was very noisy, so I could not sleep well.

Today, we went to Windsor Castle in the morning. First, we saw changing of the Guard in the middle of the road. It was really overwhelmed. Second, we saw around the castle. It was beautiful, but the exhibits seemed to be very expensive, so I was nervous. After we went shopping, we came back to Eton College. After that, we watched the performance by Dr. Tarik. I was interested in it. The performance was best for me, and he was very friendly, so I liked him very much. 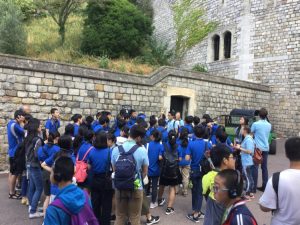 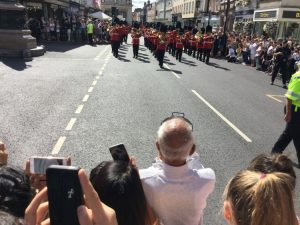 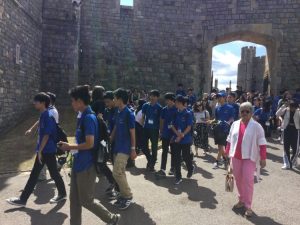 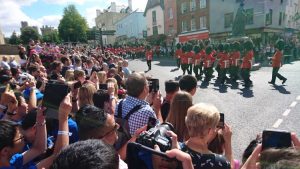